Kirsty was introduced to the idea of the RAF at a young age by her father who was a navigator on the Tornado GR1.

Her dad is the one person in the world who she aspires to be like not just because he’s highly regarded in the air force but as Kirsty explains, ‘‘he’s the nicest man in the world’’.

She wanted to fly aircraft from the age of eleven and as a result of attending boarding school, she was able to spend her extended holidays going to work with her dad and visiting the squadron, which she loved because it had a family atmosphere.

Kirsty’s first flying experience was when she was 16 years old, through the Air League Flying Scholarship which enabled her to gain 15 hours of flying experience. At eighteen, Kirsty moved to London to study Aeronautical Engineering with German at London Imperial College. Kirsty showed an avid interest in Physiotherapy as an alternative career, and still has a keen interest, but twenty years on, Kirsty is still very much enjoying her chosen career path.

After gaining her Master’s Degree, Kirsty joined the RAF and completed flying training on the Tucano and the Hawk T1. Her first tour with the RAF was as an instructor on the Hawk T1 at RAF Valley in Wales. She was subsequently posted to the Tornado GR4 and joined XIII Sqn at RAF Marham, with whom she flew operational sorties in Iraq.

Kirsty’s insight as a woman in the RAF is particularly interesting. She believes that the women who joined the air force in the 1990s, a whole decade before her, made the lives of women going through in the 2000s a lot easier. She explains: ‘‘Initially women were pushed through training and then it swung the other way and they had to be better than the men. By the time I went through training, it had evened out and women were not treated as special cases. As a result, I believe that my colleagues didn’t particularly notice I was a girl because we were all just getting on with the job at hand’’.

In 2009 she became the first female pilot to be selected to fly with The RAF Red Arrows and went on to fly a total of 136 public displays and 133 flypasts in 11 different countries. In her last year, she was selected to be the Executive Officer. Kirsty considers the moment she found out she was selected to be one of The Red Arrows and describes it as ‘‘the best moment of my career, and I can still remember the incredible feeling – I couldn’t stop grinning’’.

After a final three year posting on promotion within the Flying Training Headquarters, Kirsty left the RAF in 2015. She said: ‘‘looking back on my career so far, I feel extremely lucky to have had such varying roles – instructional, tactical and displaying display flying. My favourite aircraft I’ve flown is The Hawk, but admittedly I would have loved the opportunity to fly the F35’’.

After 17 years in the RAF, Kirsty left and had a baby boy. She moved to Northamptonshire with her husband, Ben, and joined The Blades in spring 2016. Now into her second display season, she continues to fly in the Blade 3 position, flying on the left-hand side of the team leader, Ben Murphy. Kirsty said: ‘‘I joined The Blades because I wanted something that was both professionally and personally challenging and I wanted to feel like I was a part of something that was worthwhile’’.

Kirsty’s work day at The Blades varies hugely. She has lots of training to do before the air show season begins, and once the summer starts every day is different depending on when and where The Blades are displaying. Kirsty will also spend part of the year flying passengers during ‘Unique Experience’ days, where passengers will experience flying in close formation. Kirsty also has an active role in events planning for The Blades, particularly for The Blades Ball which is the highlight of the events calendar.

When time permits, Kirsty enjoys skiing, kitesurfing and walking holidays, and her favourite two places in the world are the Lake District and New Zealand. In the past, she has kept fit through triathlon training and yoga, but nowadays it is mostly through chasing after her baby son. 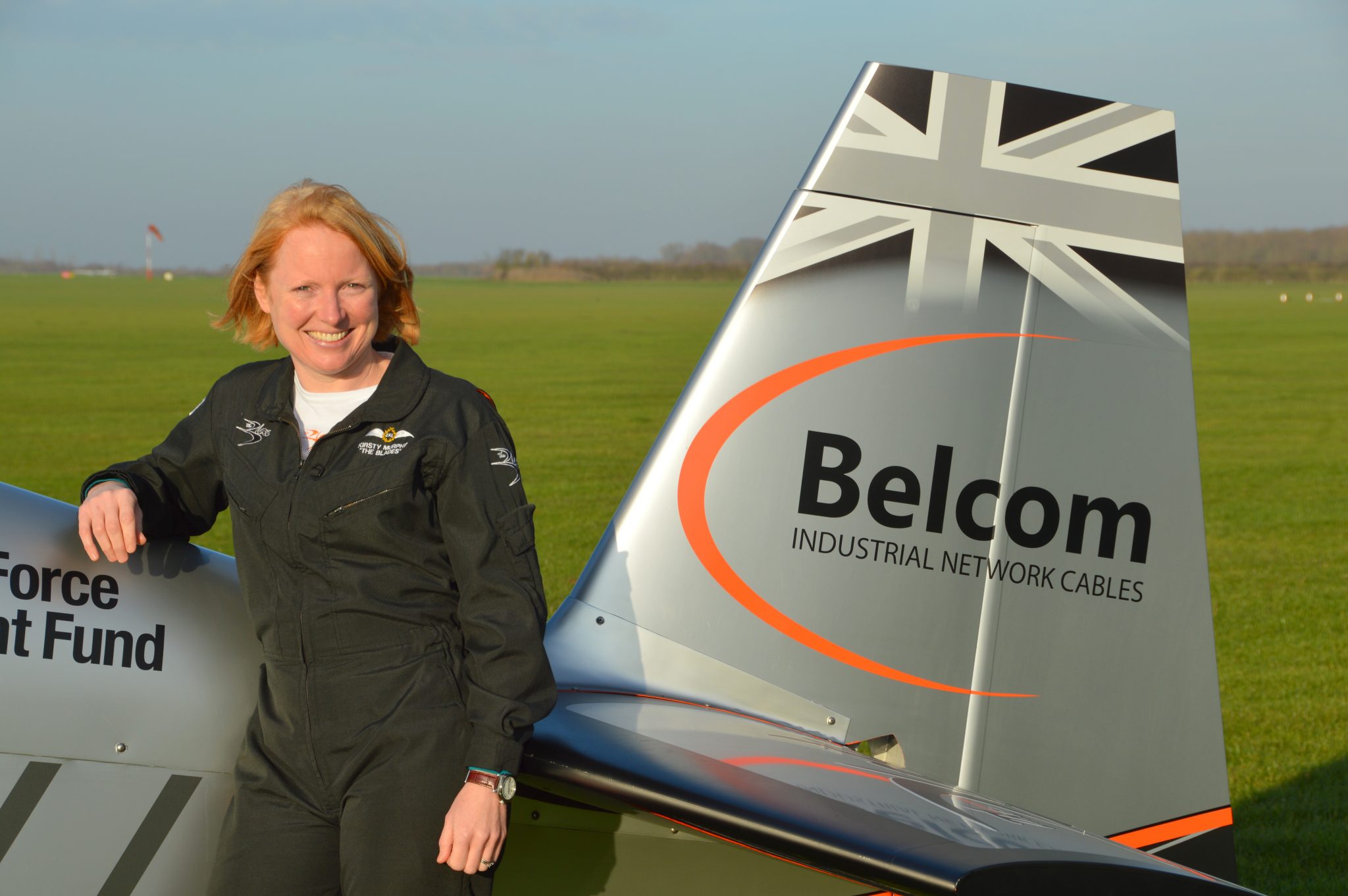