Not everyone is aware that there are several stages to any aerobatic display and it’s not just a case of jumping into an aircraft and making it happen!

Meticulously planned and executed on paper, then as a walk through on the ground, before taking to the skies to perform, it all sounds so easy but in reality there are many long hours that go into delivering what one witnesses from the ground.

So what does it all look like on paper and what are the manoeuvres called?

Shown below is a full display sequence from The Blades 2014 season which outlines each of their manoeuvres, commencing with the fast and low approach in ‘Mantra’ formation, before pulling hard into a loop as the first shape place takes place on command of Blade 1.

The sequence continues as all four aircraft perform an opposition cross at combined speeds of over 400mph followed by an array of extreme gravity defying solo ‘gyroscopic’ aerobatics, synchronised rolls, twists, double-tumbles and knife-edge spins to name but a few. 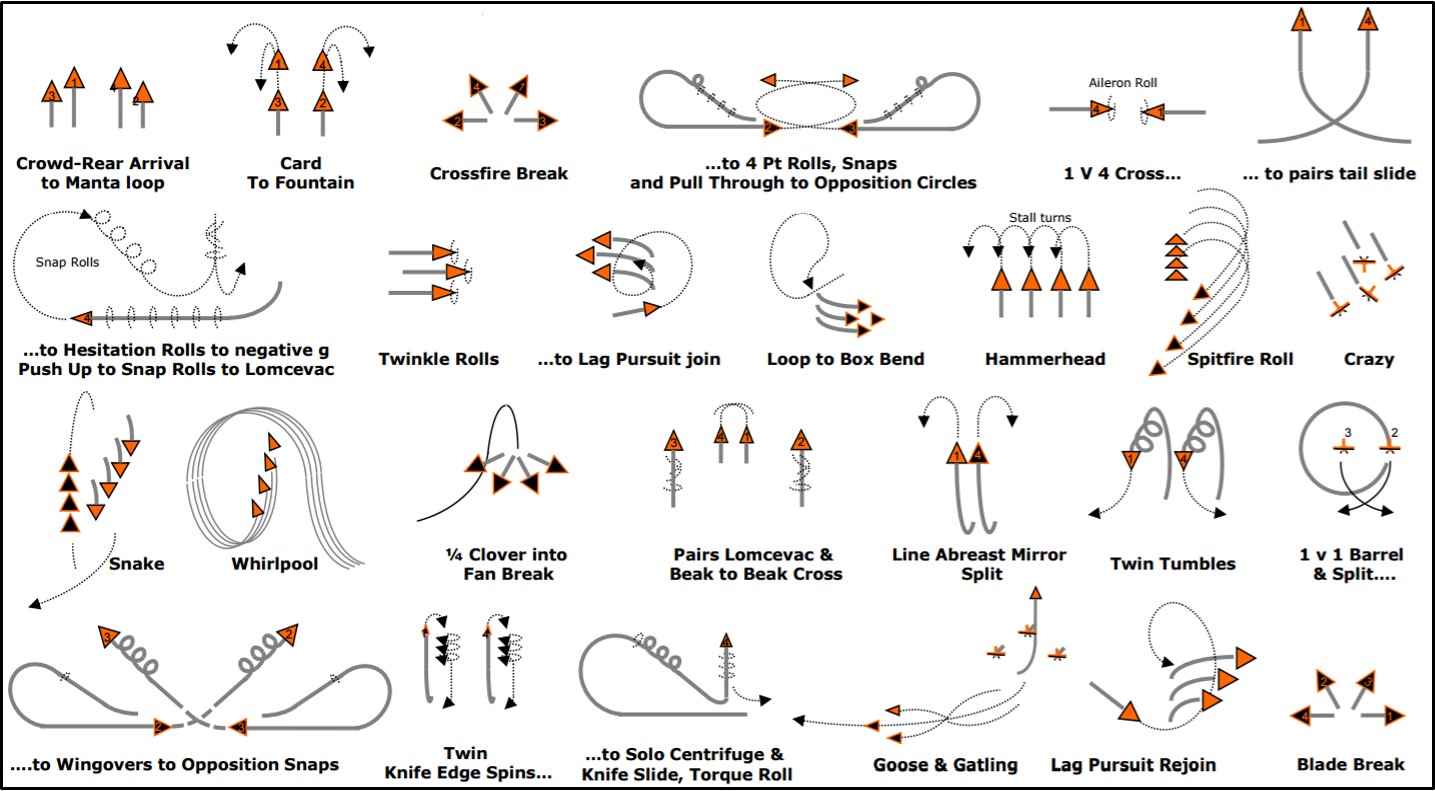